What is the Emergency Contraceptive Pill (ECP)?

The ECP is taken after unprotected sex to prevent pregnancy.

It stops or delays the release of an egg from your ovaries until the sperm aren’t active in your body any more.

It prevents the sperm from fertilising an egg by changing the way the sperm moves in your body.

It doesn’t work once the egg has been fertilised.

It doesn’t harm you or a developing embryo.

When can I take the ECP? 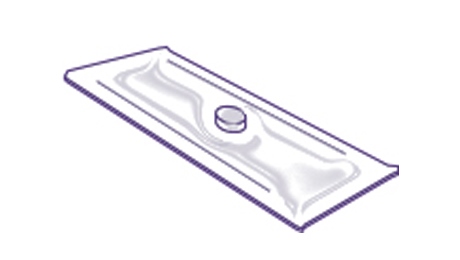 The ECP is approved to be taken up to 72 hours after sex (three days). However for most people it is still effective up to four days after sex.

How effective is it?

It has a success rate of 98% for those of average weight when taken within four days of unprotected sex.

The ECP is not as effective if you weigh more than 70kg, and in this situation, a copper IUD is recommended. If you decide you want to take the ECP, you should take a double dose – two ECPs together.

Tell your doctor or pharmacist about any other medication you are taking as you may need extra ECPs or a copper IUD. If you vomit within three hours of taking the ECP you’ll need to get another one.

An alternative method of emergency contraception is the Copper IUD. It is inserted by a doctor or trained nurse up to five days after the egg is released, and it’s almost 100% effective.

It has the advantage of providing long-term contraception and being effective if you are heavier.

Does the ECP have any side effects?

A few people have mild side effects like nausea or vomiting. You can take the ECP with food to lessen the chance of nausea.

There is a very small risk of an ectopic pregnancy (pregnancy outside the uterus) if the ECP fails. This can occur with any pregnancy and can be dangerous. If you have cramping or bleeding, see a doctor or go back to the clinic.

If you think you could be hapū (pregnant), have a pregnancy test three to four weeks after you use the ECP.

Can I get the ECP in advance?

Yes, you can buy it from a chemist or get it from our clinics or your doctor on prescription.

You can have it at home just in case and having it handy means you can take it as soon as you realise there is a problem.

What else should I know about the ECP?

Can I use the ECP as a regular method of contraception?

of our pamphlet from our online shop

Contraception is a way to prevent pregnancy. Our nurses and doctors can help you choose the best contraception for you.