Gonorrhoea, a sexually transmitted infection also known as the Clap, has become a superbug. 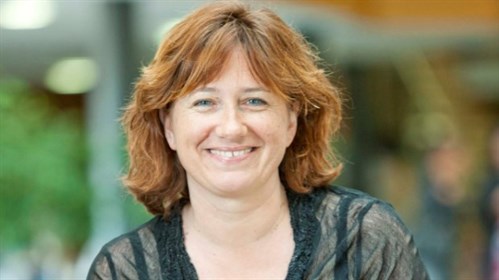 Some strains of the bacterium that cause gonorrhoea are now resistant to all available antibiotics. With no new drugs on the near horizon, the disease is in desperate need of a vaccine.

Our research, published in the Lancet medical journal this week, shows that protection against gonorrhoea could come from an unexpected source - a vaccine against meningococcal group B disease.

Last week, the World Health Organisation (WHO) called for urgency in the development of global policy to address multi-drug-resistant gonorrhoea, which has now adapted to every class of antibiotics used to treat it since the mid-1930s.

If left untreated, gonorrhoea can lead to complications such as pelvic inflammatory disease, ectopic pregnancy and infertility. It can also facilitate the transmission of the human immunodeficiency virus (HIV).

There are about 78 million new cases of gonorrhoea worldwide each year, and the rates of infection are increasing in New Zealand and elsewhere.

While efforts to develop a vaccine began over a century ago, the candidates that made it to clinical trials all failed. Unfortunately, there has been little to guide the development of an effective vaccine.

People who get gonorrhoea are not protected from further infections. Infamously, 18-century philanderer James Boswell, best known as the biographer of Samuel Johnson, reportedly had gonorrhoea at least 19 times.

In addition to no observable immunity, there are no useful animal models in which to study the disease. It really does prefer humans.

Due to a devastating epidemic of Group B meningococcal disease in New Zealand, a tailormade vaccine (MeNZB™) was developed and given to over a million New Zealanders under the age of 20 between 2004 and 2008.

The vaccine was reasonably effective against meningococcal disease, although it was administered late, when the epidemic had already begun to wane after raging for about 15 years.

We thought that was the end of it. However, it was noted that the MeNZB vaccine was more broadly effective than expected. One of the observations was that gonorrhoea rates appeared to decline immediately following the use of both the MeNZB vaccine and similar vaccines in Cuba, and to a lesser extent in Norway.

This raised the question whether these vaccines could be cross protective. Given that the bacteria that cause the two diseases, Neisseria gonorrhoeae and Neisseria meningitides, share 80 to 90% of their primary gene sequences, it seemed at least biologically plausible. But we needed proof.

Neither Cuba nor Norway could test this hypothesis as they did not have the means to determine the vaccination status of gonorrhoea cases. Enter New Zealand.

In a case control study involving more than 14,000 people we were able to determine that exposure to the MeNZB™ vaccine during the New Zealand mass vaccination campaign reduced the likelihood of contracting gonorrhoea. Vaccinated individuals were significantly less likely to have gonorrhoea than controls. The estimated vaccine effectiveness was 31%.

In an environment of rising gonorrhoea rates and antibiotic resistance this is very good news. Not only is this the first time that a vaccine has shown any protection against gonorrhoea, and in real people - it will likely provide a new direction for gonorrhoea vaccine development.

The meningococcal group B vaccines include little “blebs” of bacterial membrane from the outside of the bacterial cell wall. These structures, known as Outer Membrane Vesicles (OMV), are purified from the bacteria and used as vaccine antigens.

OMVs include a range of immunogenic proteins. Some are well characterised, others less so, which means there are many angles to explore. The focus to date has been on those most pertinent for protection against meningococcal disease, but those that may be of interest to gonorrhoea have yet to be more comprehensively considered.

MeNZB was developed to control a meningococcal disease epidemic and is no longer available, but the OMV antigens in that vaccine have been included in the more recently developed 4CMenB vaccine (Bexsero), which is available in many countries, including Australia. In addition, the Cuban vaccine, which was associated with a drop in gonorrhoea in that country, has been used widely and is still available.

At the moment, the specific mechanism behind this immune response is unknown, but our findings provide experimental evidence and proof of principle that an OMV meningococcal group B vaccine could offer moderate cross protection against gonorrhoea. This approach could also inform future vaccine development for both meningococcal and gonorrhoea vaccines.

Although 31% does not sound like a very effective vaccine, models suggest it is enough to decrease the prevalence of gonorrhoea significantly within 15 years, if immunity is maintained.

It’s worth noting our study likely underestimated the vaccine’s effectiveness, and also while they need to be tested, the other aforementioned vaccines may be more effective than MeNZB. Even moderate protection against gonorrhoea would have substantial public health benefits, especially if it’s no longer possible to treat the disease with antibiotics.

While many countries, including the US, Canada, UK and Australia, use meningococcal vaccines, no country is currently using an OMV vaccine routinely in an adolescent program. The UK has recently introduced the 4CMenB vaccine for infants and it has been used in the USA, Canada and Australia. While it must be stressed that further evidence is yet to be published (we have more to come), it’s possible we have at least a partial solution to the escalating gonorrhoea problem in the form of group B meningococcal vaccines administered to adolescents.

This article was originally published on The Conversation. Read the original article.