16 DAYS OF ACTIVISM against gender-based violence

November 25 is White Ribbon Day, the International Day for the Elimination of Violence against Women.

Gender-based violence is a major issue facing the Pacific, with the region recording some of the highest rates of intimate partner violence in the world.

A recent study found 68% of I-Kiribati women with a partner have experienced intimate partner violence. In other South Pacific countries, these figures are equally high; 64% in Fiji, 60% in Vanuatu, 65% in the Solomon Islands, 36% in Samoa and 40% in Tonga .

As New Zealand takes action this White Ribbon Day, the Pacific is also working to combat violence against women, through 16 Days of Activism against Gender-Based Violence. 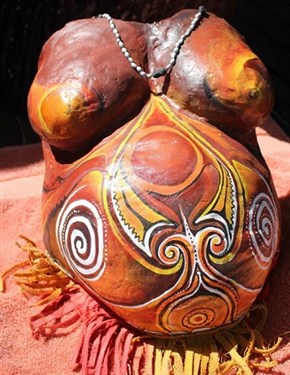 Our colleagues in the Pacific are getting involved with a few initiatives of their own:

Safe Motherhood Alliance PNG will be joining other organisations for a convoy through the capital, Port Moresby. They’ll also work with different parties to set up and staff tents and booths to teach people about the issues surrounding gender-based violence.
Safe Motherhood Alliance PNG will also be exhibiting some of the belly casts that they have developed through their Blooming Teens project to share individual stories of young women who have experienced violence.

In Kiribati, our partner organisation, the Kiribati Family Health Association (KFHA) has joined the working committee coordinated by the Ministry of Women Youth and Social Affairs. The KFHA youth volunteers plan to reach as many people as possible through a roadshow of performances and drama.

KFHA youth volunteers were also involved in a campaign earlier this year called One Billion Rising and produced this excellent video aimed at breaking the chain of violence.

Events throughout the Pacific will also be supported by the Pacific Prevention of Domestic Violence Programme, an initiative of the New Zealand Aid Programme, New Zealand Police and the Pacific Islands Chiefs of Police. The long-term goal of this programme is “a safer Pacific free from domestic violence”.

"Everyone has a responsibility to prevent and end violence against women and girls, starting by challenging the culture of discrimination that allows it to continue."                    – United Nations Secretary-General Ban Ki-moon