Covid-19 Update: We're open for a range of services during the Level 4 lockdown. Use the Ask for an Appointment to get a phone appointment with us during this time. Please note that we will not be offering phone appointments over the Easter Weekend (10-13 April). 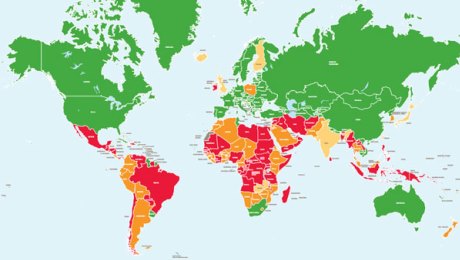 Currently, more than 60 per cent of the world’s people live in countries where abortion is permitted for a wide range of reasons or without restriction as to reason.

New Zealand’s legislation also allows abortion to save the woman’s life and has a mental health exemption.

It is more than our global status that is at risk however – New Zealand women are disadvantaged by our system which manages abortion as a crime. And, our national medical advisor Dr Christine Roke says that although the majority of women in New Zealand have access to high-quality and safe abortion services, abortion remains criminalised and stigmatised.

Stigma surrounding abortion allows misinformation about abortion to flourish and can stop women getting the information and support they need.

Our outdated laws also stifle innovation. They haven’t kept up with new technology and the changing role of health professionals. In some areas this is creating unnecessary delays and barriers to women accessing services.

For instance, in the year to December 2013 fewer than 1000 women (just 6.4 per cent of abortions nationally) chose to access an early medical abortion (EMA) service. This could be because EMA is not available where they live. An additional difficulty for women who want to chose EMA is that the present law requires the woman return to the clinic for both medications and this can be difficult or offputting.

New Zealand’s EMA rate is low by international standards – for example, in countries such as Finland the EMA rate is around 89 per cent.

In New Zealand, abortion is governed by two pieces of legislation:

These two pieces of legislation undermine a woman’s dignity and autonomy – a woman’s right to make decisions about her health and her pregnancy.

Abortion Law Reform Association of New Zealand (ALRANZ) president Dr Morgan Healey says they also shame pregnant people into silence, reinforcing the stigma that all too often surrounds abortion. For instance, in New Zealand, 98 per cent of abortions are done under the mental health ground.

“Women should not be forced to claim mental instability to get the care they deserve. What message does this send to both the person going through the procedure and wider society?” Dr Healey says.

Decriminalise Abortion Day (28 September) is an opportunity to to call again for abortion to be managed like any other health service. It is a day to challenge commonly held ideas about what constitutes an acceptable and unacceptable abortion. Pregnant people do not need to have their personal decisions judged. Let’s break down the stigma and trust women to make their own reproductive decisions without fear of recrimination, persecution and judgement.

The International Day of Action for the Decriminalisation of Abortion is a global campaign where individuals and organisations in different countries simultaneously mobilise for the same demands:

The map (picture above) from the Centre for Reproductive Rights shows how New Zealand’s abortion legislation sits globally.

Abortion is a medical procedure to end a pregnancy.

Two methods of abortion are available in New Zealand. Both require the same pre-abortion tests and have the same legal requirements.

The law around abortion

In March 2020, New Zealand modernised its abortion laws for the first time in 40 years. Abortion is now regulated under health legislation.

If you’re thinking about having an abortion, see a doctor as early as possible in your pregnancy.