What is aN INTERNAL condom? 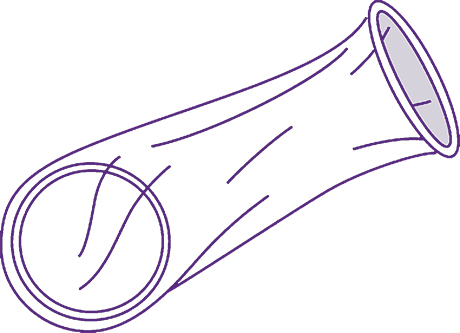 The internal condom is a pouch that is used during intercourse to prevent pregnancy. It also reduces the risk of sexually transmitted infections (STIs). It has flexible rings at each end – one end is closed and the other is open.

How do INTERNAL condoms work?

Internal condoms cover the inside of the vagina and collect pre-cum and semen during ejaculation. This keeps sperm from entering the vagina.

What are they made of?

The internal condom is made of nitrile polymer – that’s the same material that medical gloves are made from.

They are latex free so can be used by people who are allergic to latex and can be used with oil-based and water-based lubricants.

How effective are INTERNAL condoms?

The internal condom is more effective when it is used correctly every time, like all contraceptive methods.

How safe are INTERNAL condoms?

Where can I get INTERNAL condoms?

Internal condoms can be purchased from on our online shop for $3.10 each. They are also available at some retail outlets and from Glyde Healthcare.

The condom is a form of contraception. It also protects against sexually transmissible infections (STIs).